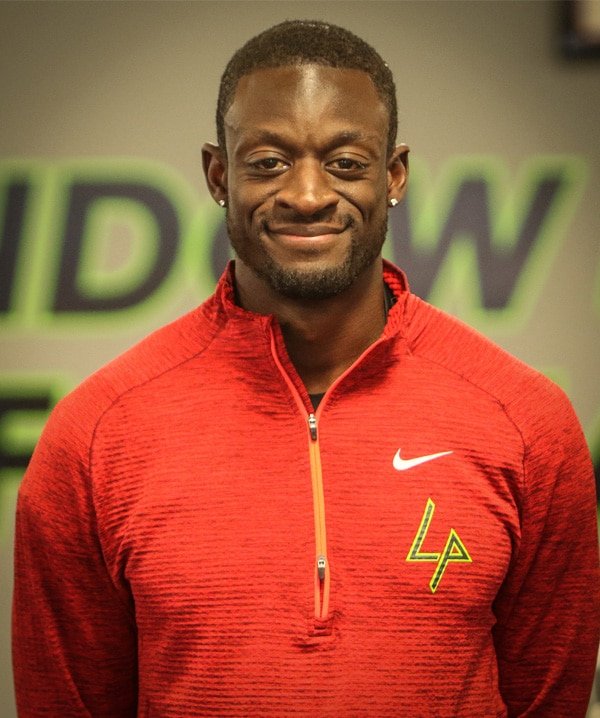 Augie grew up in Aurora, Colorado and graduated from Smoky Hill High School. Augie was a two-sport athlete in high school, Football and Track and Field where he was an All-Conference and State Champion Hurdler respectively. He continued as a Dual Sport athlete at Drake University where again received All Conference Honors racing in the 60m and 100m in Track and Field, and playing Wide Receiver. Augie then decided to transferred to Colorado State University-Pueblo where he earned his B.S. as well as receiving an invite to Rookie Mini Camp with the Cincinnati Bengals (2010). He was on rosters with the Utah Blaze (Arena Football League), and Colorado Ice (Indoor Football League). Shortly before the Mini Camp, Augie met Loren Landow for training. His already good numbers were improved upon greatly under Loren. His 40yd Dash time went from 4.41, 4.36 on his Pro-Day in front of scouts, down to a 4.25 which was ran for the Utah Blaze and other teams’ scouts. After finishing arena football, he began to learn and coach under Loren. He is certified through the NSCA as a Certified Strength and Conditioning Specialist, and through Greg Roskopf’s Muscle Activation Techniques as a Muscle Activation Technique Specialist. His mix of experience and knowledge provides a well-rounded approach to the way he interacts and train his athletes. Under Loren, he has had opportunities to work and or assist with athletes in the NFL, MLB, professional MMA organizations, collegiate, and high school athletes from all sports as well. He has been assisting Loren with the Combine Prep for 3 years now.