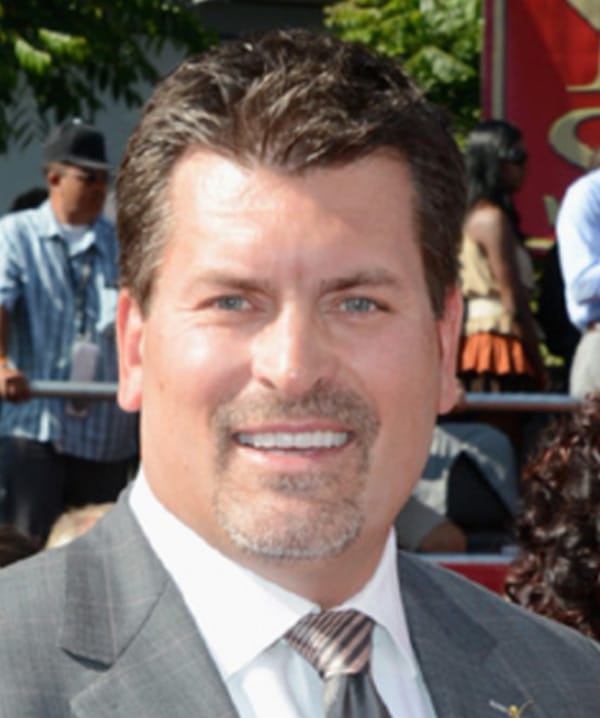 Mark Schlereth is an American former professional football player and current television and radio sportscaster. Schlereth played guard in the NFL for 12 seasons (1989–2000) with the Washington Redskins and Denver Broncos. He is currently a football analyst for ESPN on NFL Live, SportsCenter, and other programs.

He was a member of three Super Bowl championship teams (one with the Redskins and two with the Broncos) and was selected to the Pro Bowl for his performances in the 1991 and 1998 seasons.